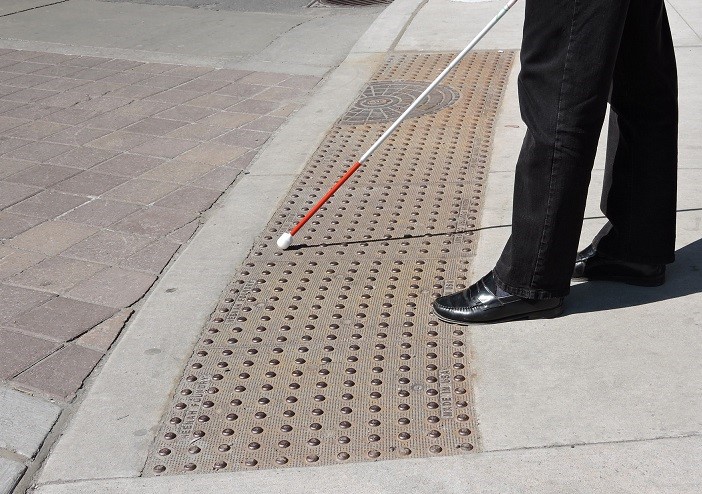 Winter is coming. And there’s no avoiding it. It might still be sunny and fairly warm outside but as the last leaves fall, a chill will creep across the ground and soon there will be snow.

Number one priority when winter hits- keeping the roads safe. This means winter tires and snowplows. As far as pedestrians with vision loss, they rely on the durability of Tactile Walking Surface Indicators (TWSI's) to withstand harsh weather conditions and safely alert them of upcoming street crossings.

While plastic plates have been shown to crack over time from the impact of snowplows (see example below of a plastic plate with obvious signs of wear), Neenah Foundry’s TWSI’s are made from cast iron materials that don’t wear, peel or crack. 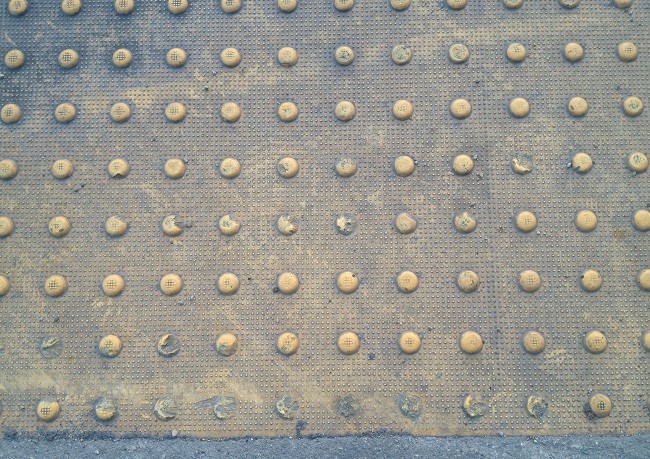 Neenah’s textured TWSI’s, sometimes referred to as Detectable Warning Plates (DWP’s), are instrumental year-round in notifying people with vision loss of any upcoming dangers prior to stepping out on the street. These cast iron plates feature rigid surfaces and raised set of domes to adhere to concrete and withstand the harshest of Canadian weather conditions.

NEED MORE EVIDENCE ON THE BENEFITS OF CAST IRON TWSI’S?

In 2012, the City of Toronto conducted a Pilot Project to determine which four materials of TWSI’s would be recommended as the new City of Toronto standard. Four different TWSI materials were tested along the intersection of Shuter Street and Victoria Street in downtown Toronto. The four materials included plastic/composite polymers, clay brick pavers, concrete pavers and Neenah Foundry’s cast iron plates supplied by Landmark by Crozier.

After a full evaluation, it was recommended that the City of Toronto use cast iron as the new standard for the following reasons: “Cast iron is the material that has performed best overall based on durability after winter maintenance and effectiveness in terms of the detectability of domes. Installation and costs were all within a relatively similar range. The durability of the cast iron, however, sets it apart in terms of reducing the costs of maintenance and replacement due to the need to replace the tactile indicators less frequently,” as quoted in the Summary of Assessment.

Landmark by Crozier, a division of Crozier Enterprises, is a proud distributor of Neenah Foundry’s cast iron TWSI’s. Avoid plates that chip and fail over winter by calling us to get cast iron plates installed in your community.

The deadline is fast approaching on new accessibility standards for public spaces, which includes new laws on TWSI's. To ensure your company is compliant, Landmark by Crozier is available to provide an understanding of the legislation.

Effective January 2016, the Accessibility for Ontarians with Disabilities Act (AODA), under Part IV.1 of Reg 191/11 states that TWSI’s will be mandatory on all new and repaired depressed curb sidewalks in Ontario.

Click on the City of Toronto logo below to see additional details on the new standard: